So here is another wartime soup recipe I tried recently. This one is super simple, super quick and super tasty.

The recipe as it appeared in WW2 is as follows and is taken from the Marguerite Patten Victory Cookbook.

However after deciding to make this at short notice I adapted the recipe slightly.

I didn’t have any fresh peas in pods so instead used the only peas I had, frozen petit pois. I also decided to cook everything in vegetable stock instead of plain water. 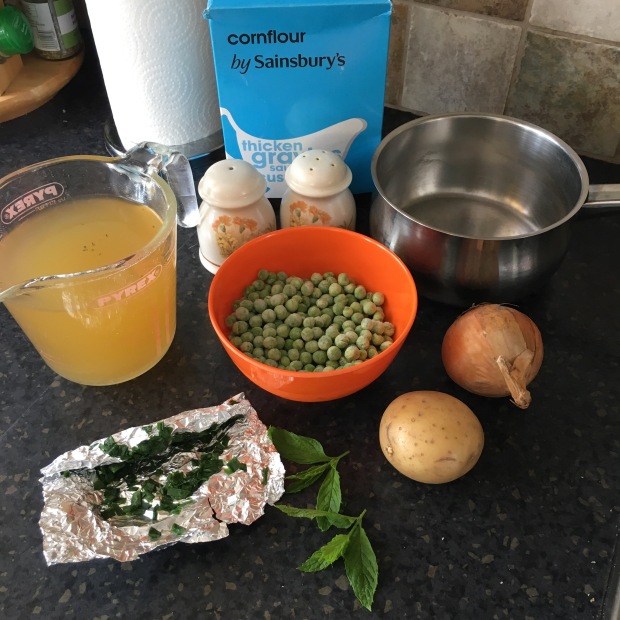 So basically I just chopped the potato and onion and added everything all at once into the stock and left to book for about 10 minutes.

Now in the recipe it says to run the vegetables through a sieve. However as we do live in the 21st Century I thought it would be silly not to take advantage of modern day technology and used a hand blender instead.

After blending I decided that the soup was quite thick enough as it was, I believed this was from the added potato, so left it as it was and didn’t add the flour for thickness.

And there you have it, the finished result. This was only my second time ever making pea soup and this time it was with a slightly different recipe. I shall definitely be making this again and would give it a 10/10 for taste and ease.

If you have a go at making this recipe why not share your experiences and let me know what you think to it.